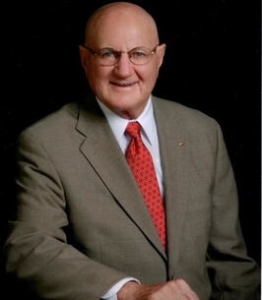 Howard Innes Black II, of Medford Township, NJ passed away on May 25, 2022. He was 89 years young. Beloved husband of the late Mary Ellen "Suzy" Black. Loving father of Alice Black-Davidson of Sarasota, FL; Howard III (Joanne) of Medford NJ, and Betsy Black-Stoneback (David) of Durango, CO. Proud grandfather of Anthony (AJ) Davidson Jr, Clark Davidson (Karla), Pierce Buzzi-Davidson (Jorge), Alexander Davidson (Stephanie AKA Donna), Kirk Stoneback, and Brian Stoneback (Christina), and his favorite granddaughter, Elizabeth Black. Even prouder great-grandfather of Xadier Stoneback, Duke Davidson, and Celine Buzzi-Davidson. He is also survived by his self-adopted grandson James Jackson Crosby, and his best buddy and grand-dog Saban (AKA Shamus). Howard was a native Philadelphian, graduating from John Bartram High School in 1951. He was a proud Veteran of the United States Army, serving during the Korean Conflict with the 53 rd Medical Detachment (Air Ambulance) MASH, stationed in Europe, as a Crew Chief. He was a Life Member of the Medford VFW Post 7677, and the American Legion. He also served his community as a member of the Medford Township Fire Dept./Taunton Fire Company, serving as Fire Police Captain; and as a Trustee and Past President of the Medford Memorial Community Center. He was a 50 Year member and Past Master of Medford Lodge # 178 Free and Accepted Masons, and was a Past Junior Grand Steward of the Grand Lodge F&AM of New Jersey, serving on many Grand Lodge committees; Past Masters and Wardens Association of the 19 th Masonic District; the Valley of Southern New Jersey Ancient Accepted Scottish Rite; and Crescent Shriners in Westampton. Howard retired from Bethlehem Steel Corporation in 1984 after a 30 year career. Subsequent to his retirement he worked for many years running the gas island for Keith Smith's Cherokee Exxon in Marlton, prior to becoming the Owner/Operator of Millside Shell in Delran NJ. He spent many years working in the funeral service at many funeral homes in Burlington and Camden counties. He was a lifelong member of the Episcopal Church, serving as Senior Warden, Vestryman, and Eucharistic Minister of St. Peters Episcopal Church in Medford, and often attended St. Peters at the Light in Barnegat Light, NJ. He met the love of his life Mary Ellen Duchene, while in grammar school. They married in 1958 and spent many years as sports car enthusiasts, traveling the region to work the races at Watkins Glen, Cumberland Speedways, and other race events. They loved spending every summer with their family and friends at their shore house in Surf City. He will be remembered as a man who lived life to the fullest, was kind to a fault, and had an awesome sense of humor that brought joy and happiness to those he came into contact with. Relatives and friends are invited to a celebration of his life on Saturday, June 25, 2022, from 10:00AM – 12:00PM at the Bradley Funeral Home, 601 Rt 73 S., Marlton NJ. A Masonic Funeral Service will be held at 12:00PM, followed by a Memorial Service conducted by Fr. Matthew Tucker, Christ Episcopal Church in Bordentown City, Chaplain of the Burlington County Fire Chiefs Association. Interment will be private for the family.