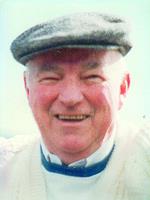 Francis H. Driscoll (Frank), 90 ½ of Mt. Laurel, NJ passed away December 6 peacefully at home.  Survived by his loving wife Janet (nee Parker-Fairfield), children Gary (Eleanor), Noella and Suzanne, grandchildren Christina (A.J.), Julia, Ian (Emily), Darby (Anthony), Miles (Giovanna), Lily, and Dylan, six great-grandchildren Penelope, Henry, Frederic, William, Rosalind, and Gus, and Janet's son Michael and his children Madeline and Benjamin.  Frank was predeceased by his first wife of 59 ½ years, Mary Alice (nee Gilligan).  Born on June 14 (Flag Day), 1930 in Wilkes Barre, PA, Frank joined the U. S. military in 1951, serving in both the Air Force and the Army for 26 ½ years. Frank retired as a CW4 Warrant Officer. While serving, Frank traveled extensively, even taking his family to live in Okinawa and Germany. Frank also spent 26 months in Vietnam as part of the 101st Airborne Division, and later served during the Cuban Missile Crisis.  While in the military, Frank graduated from Southern Illinois University with a Bachelor's Degree in Science. After retiring from the military, Frank taught at the John K. Ossi Vocational-Technical High School (B.C.I.T.) in Medford, and Camden Co. College. While at CCC Frank ran an extension program at Fort Dix, and was contracted to teach at the General Motors Training Center in Moorestown, NJ.  After retiring from teaching and instruction, Frank continued to travel, and remained an active member of the American Legion, the VFW, the Ancient Order of the Hibernians, and the Trenton Ski Club.  Family and friends may call at Lankenau Funeral Home in Pemberton on Thursday from 4-7 pm. Masks and distancing required. Funeral Services will be conducted at Our Lady Queen of Peace church in Hainesport on Friday, December 11, at 11am.

In lieu of Flowers, donations may be made to the church, the American Legion of Pemberton, Samaritan Hospice, or the Leukemia and Lymphoma Society. Condolences may also be sent to the funeral home at lankenaufuneralhome@comcast.net.