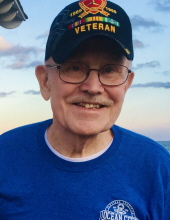 Medford - Michael W. Reilly of Medford, NJ passed away peacefully on September 2nd. He was 77.

Michael was born in Philadelphia, where he graduated from Father Judge High School. He earned a Bachelor's degree from LaSalle University and then enlisted in the United States Marine Corps. He served two tours of duty in Vietnam and an additional tour on Okinawa. Michael spent a total of twenty-two years in the Marines, both on active duty and in the reserves, and rose to the rank of Lieutenant Colonel.

Mike began his teaching career at Medford Memorial Middle School and continued to teach there until he retired in 2000. He taught social studies, which he infused with his love of history and civics. While at Memorial, he was active in the Medford Education Association and served as president of this organization for several terms. During this time, he also attended Temple University part time and earned a Master's degree in Education.

After his retirement, Michael became well known around the area for his thought-provoking letters-to-the-editor in the Burlington County Times. He was a member of Medford United Methodist Church, the American Legion and the VFW.

In lieu of flowers or other expressions of sympathy, memorial contributions in Michael's memory may be made to the Medford United Methodist Church or to Fisher House Foundation, 12300 Twinbrook Pkwy,, Rockville, MD, 20852, www.fisherhouse.org, which supports housing for military families while their loved one receives medical care.

Condolences may be shared with the family at www.lechnerfuneralhome.com