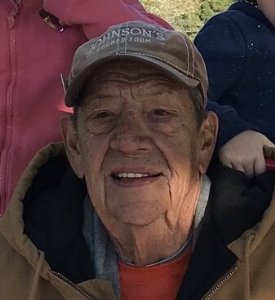 He was the beloved husband of the late Barbara Stewart (nee DiLorenzo) for 49 years before her passing in 2019.

He is survived by his loving son, Paul Stewart, and his wife Sara; his cherished granddaughters Holly Rae and Calli Marie; his brother, Danny and his wife Shirley, and his sister Shirley.

Frank, originally from Miamisburg Ohio, came to New Jersey after serving in the Vietnam War. He met Barbara DiLorenzo while finishing up his military service and the two were soon married. Frank was a mechanic and a tow truck driver for most of his career. During retirement, he drove wagons for hayrides at Johnson’s Farm and loved his title of Farmer Frank. He enjoyed restoring 1940’s Willy’s Jeeps and saltwater fishing. Everyone that knew him loved his sense of humor and dedication of service to others. His willingness to drop everything to help anyone in his life fix a mechanical problem is something that many will never be able to replace. Whether discussing automotive repair with his friends over a Jack and Ginger or playing tic-tac-toe with his granddaughters after dinner, Frank Stewart is a huge character that will be greatly missed by many.