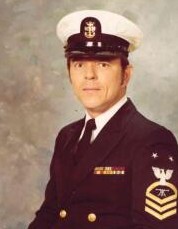 Gordon McIntosh, 76, passed away with his loving family by his side on Sunday October 11, 2020 at his home in Conway, South Carolina. He was born on August 16, 1944 in Cleveland, Ohio to the late Gordon Connell McIntosh and Mary Kadonick McIntosh.

Along with his parents, Gordon is reunited in death with his son, Robert McIntosh, his brother and his sister.

Gordon proudly served his country in the United States Navy having retired as a Master Chief Fire Controlman following 20 years of faithful service.  He received his BA from the University of Maryland.  He began a lengthy career with Lockhead Martin and Senior Intelligence as a Senior Staff Systems Engineer retiring in 2012.

Upon his well-deserved retirement, Gordon was able to enjoy the finer things in life. He relished spending time with his family and making wonderful memories. Gordon will be deeply missed by all who had the honor of getting to know him.